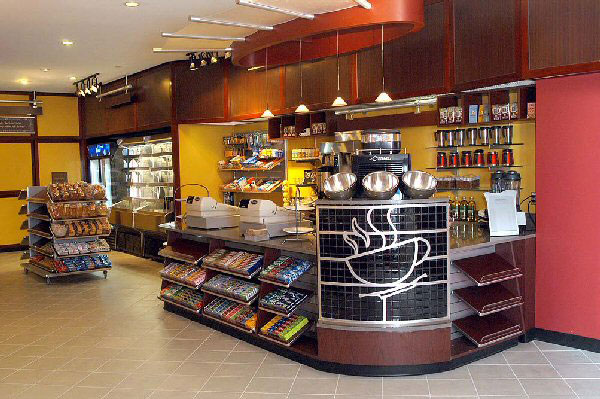 Outtakes Fresh Cuisine is a small fast food franchise that focuses on healthy food choices and convenience items offered in a pleasing, convenient atmosphere.  They feature fresh sandwiches, salads, soups, juices and other healthy food choices in a  sleekly designed enviornment.  When you reach for Outtakes, expect a meal that rivals the finest retail take out establishments and spend less time getting it.  Their sandwich wraps and signature salads are prepared for customers with discriminating palates that want to get their meals fast.

We have completed design development plans for roughly a dozen of these facilities which are typically located in Universities, High Schools, and Corporate Campuses.    Locations for projects that we have worked on with Outtakes include the University of San Francisco in California, Boeing in Seattle, Northrop Grummann in Los Angeles, Lockheed Martin in Denver, The Capital Group in Phoenix, and USAA here in San Antonio.

Both Steve Kramer and Andy Immroth have travelled to many of these and other locations and worked on plans for the Outtakes projects.  We look forward to a continued reltationship and additional work on future projects with Tim Delaney the Design and Build Manager for Eurest/Compass Group the developer of the Outtakes brand.